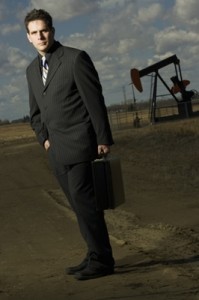 The predominant source of lease income for mineral owners comes from oil and gas royalties, not bonus payment, so the purpose of the continuous development clause is to incentivize the lessee to continue drilling more wells over time in order to hold all the acreage in the lease, especially after the primary term has expired. The idea behind this clause is that the lessee should have a reasonable time to fully develop the leased premises, after which the lessee should release the portion of the leased premise not necessary for the production of the wells it has drilled.

Designated intervals (of 180 days, for example) between completion and new drilling require the operator to develop leased land up to its allowable density. The goal is to maximize the amount of production (and royalties) for the mineral owner which can be generated by their leased acreage.

Many details of a continuous development clause are subject to negotiation, including the size of production units, the depth held by production from each well, and the time between wells and how it is calculated. In his presentation at the NARO Texas Convention, David Wallace of Wallace Law Offices in Sonora, TX offered valuable advice on negotiating these terms.

Mr. Wallace recommends making the provisions as well defined as possible. The number of days between wells commonly used are 180, 150, or 120. The beginning date needs to be as specific as possible, for example “total depth on a vertical well or total measured depth on a horizontal well”, “with no cessation or interruption of more than ____ consecutive days between the date total measure depth is reached…”.

It is best for a lessor to have all possible locations drilled by the end of the continuous development term. One way to achieve this is to define the acreage retained by each production unit. Mr. Wallace suggests, “a minimum size proration unit approved the by the Railroad Commission of Texas (or its successor) for production from each well from which oil and/or gas is being produced”.

It is a good idea to require that the lessee release depths below the depth at which its wells are producing on the lease premises. The clause should carefully define the depth below which the lease will be released. The depth most favorable to the lessor will be based on the deepest perforation in the well from which it is then producing. The lessor can specify that the depths held are limited to the “producing formation” or “to 100’ below the producing formation” in each proration unit.

R.King & Co. is continuously studying recommendations by industry experts to advance the interests of lessors. There is no better way to protect and enhance mineral interests than to negotiate the most favorable oil and gas lease for the lessor. R.King & co. is uniquely qualified to accomplish this goal.