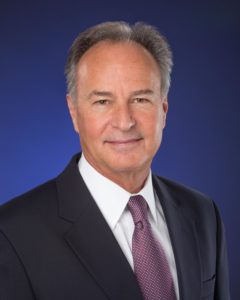 Winning the Texas Monthly Top Producer Award in 2014, David was recognized as one of the top five oil and gas landman in Texas by the American Association of Professional Landmen and the Independent Producers & Royalty Owners Association. He began his career as an independent oil and gas landman in 1974. In 1982 he served as Texas Landman and Vice-President of Texas Onshore Energy, Inc. in Houston, Texas. He founded OGR Energy Corporation in 1991 and drilled and operated 60-producing oil and gas wells. Over the course of his career, David has leased over 250,000 mineral acres in thousands of transactions. David was Empresa Energy’s key partner in the Eagle Ford Shale where his team acquired all the oil and gas leasing acreage and provided all of its geologic evaluation. He’s worked extensively in five oil & gas lease basins in the United States. He’s the former Director of the American Association of Petroleum Landmen in Texas and President of the Austin Professional Landmen’s Association. David brings a wealth of industry relationships, transaction experience, and oil and gas leasing “know-how” to R. King & Co. clients.